I am launching the Sci-Fi/Fantasy Writers Series where I will provide sci-fi/fantasy writers with a wealth of information concerning subjects that they may wish to use in their work.

I will start the series by naming and describing some of the magical or fantastical creatures that you may want to use in your stories. 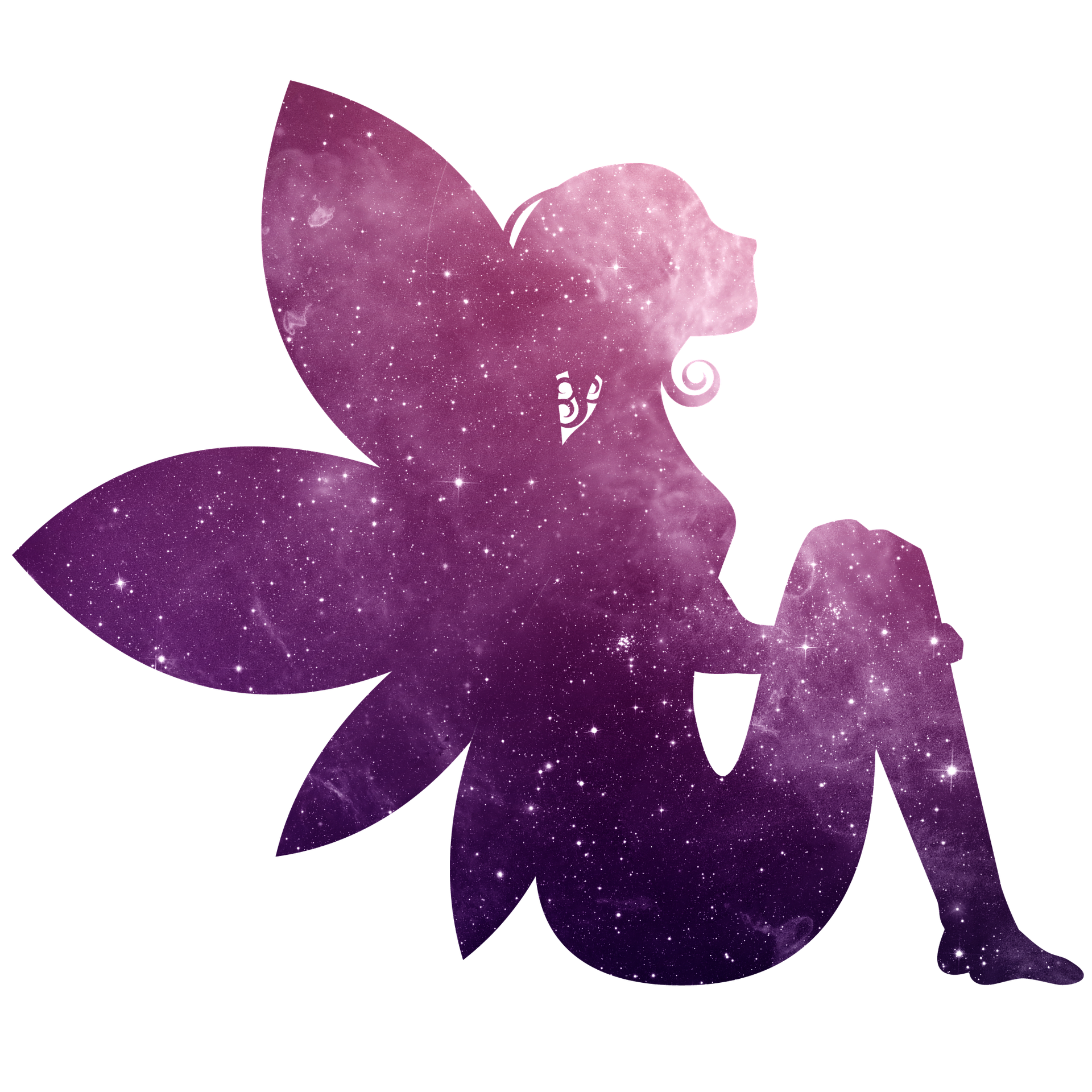 A fairy, also spelled faerie or faery, is a mythical being of folklore and romance usually having magic powers and dwelling on earth in close relationship with humans.

Fairies are mythical creatures that can be found in many cultures throughout the world. Two sources of fairy mythology come from Wales and Scotland.

In Wales, the Fairies are spoken of as people, or folk, not as myths or goblins. As spirits they are immortal and able to make themselves invisible.

According to Welsh folklore, the most general name given to fairies in Wales is “Y Tylwyth Teg,” (the Fair Family, or Folk); but they are known sometimes as “Bendith y Mamau” (the Mothers’ Blessing); and the term “gwragedd Annwn,” (dames of the lower regions), is often applied to the Fairy Ladies who dwelt in lakes or under lakes.

Legends insist that the Fairies were small handsome creatures in human form. They were very kind to, and often showered benefits on those who treated them kindly, but most vengeful towards those who dared to treat them badly.

They were dressed in green, and very often in white, and some of their maidens were so beautiful, that young men sometimes would fall head over heels in love with them, especially while watching them dancing on a moonlight night. Many of the Fairy Tales state that one of the young men loved to watch the fairies’ nightly revels of singing and dancing. Accordingly, the fairies often succeeded in inducing men through the allurements of music to join their ranks.

As to their dwellings, the Fairies were “things under the earth.” They were generally supposed to dwell in the lower regions, especially beneath lakes, where their country towns and castles were situated; and the people on the coasts of Pembrokeshire imagined that they inhabited certain enchanted green isles of the sea.

Fairies also had the reputation of being Fairy Knockers (Tommy Knockers). Knockers were supposed to be a species of Fairies which haunted the mines, and underground regions, and whose province it was to indicate by knocks and other sounds, the presence of rich veins of ore.

Scottish folklore holds that Fairies are underground dwellers and are known mostly from the derivative of the word sìth (pronounced shee). As ordinarily used sìth means ‘peace,’ and, as an adjective, is applied solely to objects of the supernatural world, particularly to the Fairies and whatever belongs to them.

According to lore, humans are naturally believed to make sound and the entire absence of sound is considered unearthly, unnatural, and not human. The name sìth without doubt refers to the ‘peace’ or silence of Fairy motion, as contrasted with the stir and noise accompanying the movements and actions of people.

The German ‘still folk’ is a name of corresponding importance. Legend insists that the Fairies come and go with noiseless steps, and their thefts or abductions are done silently and unawares to men. Such stories describe the wayfarer resting beside a stream, on raising his eyes, sees the Fairy woman, unheard in her approach, standing on the opposite bank.

Other stories that depict the silence of the Fairies state that men know the Fairies have visited their houses only by the mysterious disappearance of the substance of their goods, or the sudden and unaccountable death of any of the occupants or of the cattle.

These stories hold that sometimes the Fairies are seen entering the house, gliding silently round the room, and going out again as noiselessly as they entered. When driven away they do not go off with tramp and noise, and sounds of walking such as men make, or melt into thin air, as spirits do, but fly away noiselessly like birds or hunted deer. They seem to glide or float along rather than to walk.

Hence the name sìthche and its synonyms are often applied contemptuously to a person who sneaks about or makes his approach without warning. Sometimes indeed the Fairies make a rustling noise like that of a gust of wind, or a silk gown, or a sword drawn sharply through the air, and their coming and going has been even indicated by frightful and unearthly shrieks, a pattering as of a flock of sheep, or the louder trampling of a troop of horses.

Generally, however, their presence is indicated at most by the cloud of dust raised by the eddy wind, or by some other curious natural phenomenon, by the illumination of their dwellings, the sound of their musical instruments, songs, or speech.

For the same reason sìth is applied not merely to what is Fairy, but to whatever is Fairy-like, unearthly, not of this world.

In some legends, Fairies are small enough to creep through key-holes, and a single potato is as much as one of them can carry. However, in other stories, the fairies resemble mankind, with whom they form alliances, and to whom they hire themselves as servants; while some are even said to be above the size of mortals, gigantic hags, in whose lap mortal women are mere infants.

In the Highlands, the names sithche and daoine sìth are given to all these different sizes alike, little men, elfin youth, elfin dame, and elfin hag, all of whom are not mythical beings of different classes or kinds, but one and the same race, having the same characteristics and dress, living on the same food, staying in the same dwellings, associated in the same actions, and kept away by the same means.

The easiest solution of the differences in the tales is to conclude that the fairies had the power of making themselves large or small at pleasure. There is no popular tale, however, which represents them as exercising such a power, nor is it compatible to the rest of their characteristics that this description should be ascribed to them.

Most of the tales state the belief the Fairies are a small race, the men ‘about four feet or so’ in height, and the women in many cases not taller than a little girl (cnapach caileig). Being called ‘little,’ the exaggeration, which popular imagination loves, has diminished them till they appear as elves of different kinds. There is hardly a limit to the popular exaggeration of personal peculiarities.

Sìthein (pron. shï-en) is the name of any place in which the Fairies take up their residence. It is known from the surrounding scenery by the peculiarly green appearance and rounded form. Sometimes in these respects it is very striking, being of so nearly conical a form, and covered with such rich verdure, that a second look is required to satisfy the observers it is not artificial. Its external appearance has led to its being also known by various other names.

Tolman is a small green knoll, or hummock, of earth; bac, a bank of sand or earth; cnoc, knock, Scot. ‘a knowe,’ and its diminutive cnocan, a little knowe; dùn, a rocky mound or heap, such, for instance, as the Castle rock of Edinburgh or Dumbarton, though often neither so steep nor so large; òthan, a green elevation in wet ground; and ùigh, a provincial term of much the same import as tolman. Even lofty hills have been represented as tenanted by Fairies, and the highest point of a hill, having the rounded form, characteristic of Fairy dwellings is called its shï-en (sìthein na beinne). Rocks may be tenanted by fairies, but not caves. The dwellings of the race are below the outside or superficies of the earth, and tales representing the contrary may be looked upon with suspicion as modern.

There is one genuine popular story in which the Fairy dwelling is in the middle of a green plain, without any elevation to mark its site beyond a horse-skull, the eye-sockets of which were used as the Fairy chimney.

These dwellings were tenanted sometimes by a single family only, more frequently by a whole community. The fairies were said to change their residences as men do, and, when they saw proper themselves, to remove to distant parts of the country and more desirable locations.

BUY A COPY OF THE BOOK